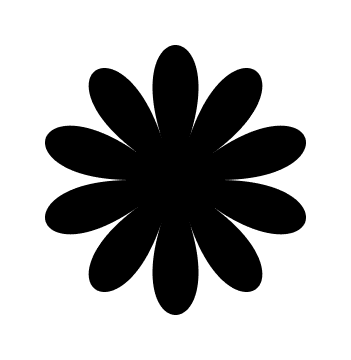 Lyft’s driver learning platform needed a modular, comprehensive illustration system to educate drivers and keep them on the platform, and could support animation.

32% of approved drivers never give a ride due to reasons including: finding time, not prepared, staying safe, benefit vs. cost, not receiving rides quickly, and life situations. This results in poor passenger experiences, higher driver churn, and less opportunity for Lyft differentiation.

These duo-tone icons are designed to be used as part of a story. Using as many filled shapes as possible, they should scale nicely. Any lines are set to 4px for indigo 3 and 3px for indigo 1, meaning darker colors have slightly lighter lines. The darker shade is used to enhance the icon and create depth and should be used minimally. When possible, icons are simple, chunky, and flat.

Every element has a unique color palette designed to bring forward the elements that deserve the most attention: people and icons. The palette uses a series of shades of indigo as the base with a strong violet and a bright blue used for highlights on people. Skintones in 3 shades are included. Containers are always the palest shade of indigo, unless they are inside another container (and a focal point) at which point, white is used.

Success of the project

A couple themes came out of this project which showed the power of creating a system rather than a simple icon library.

We increased the speed at which our animator could build illustrations, which allowed him to make more, and to focus on making them better. We reduced design time which freed up the product illustration team to also focus their efforts on bigger projects.

We reduced brand confusion by creating one consistent system, rather than by simply combining two different libraries (brand and product icons).

When the project was kicked off, we had two animators. Partway through, due to COVID-19 layoffs, we lost one. By creating a cohesive system that solved for problems in advance, we provided relief to the remaining animator who had to take on the bulk of the work. It also allowed him to be more creative and explore more visually, which brought him greater happiness as an employee.

This system is both beautiful and efficient in helping support the Lyft driver education platform. Going from a series of icons to fully animated shorts, this system built the foundation for a great series that helps people.

Bonnie Kate was hired to develop a whole illustration design system for the educational content that my team creates. We had been running into issues around how to scale our illustrations, while still keeping them interesting. Bonnie Kate went above and beyond in delivering that and more. Not only was the system visually stunning, but also incredibly easy and intuitive to use. She put a lot of thought into the look and feel of the illustrations, and also into the logic behind how elements could be pieced together and still retain their visually branded identity, both in color and form. Besides being incredibly talented at her skillset, she's also a pleasure to work with and was easily able to fold into our existing team.